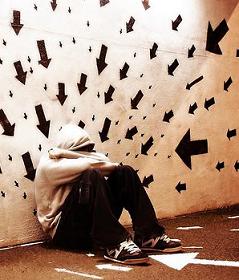 Could Pickles Be A New Cure For Social Anxiety?

Anxiety Cure2 anxiety study1 dill pickles1 fermented foods1 probiotic cures1 social anxiety1
I think that it is absolutely fascinating that the microorganisms in your gut can influence your mind.-Professors Matthew Hilimire Great news for neurotics  suffering...

I think that it is absolutely fascinating that the microorganisms in your gut can influence your mind.-Professors Matthew Hilimire

Great news for neurotics  suffering from bad anxiety, a study has been published by Matthew R. Hilimire, Jordan E. DeVylder, & Catherine A that shines the spotlight on bacteria in fermented foods that can reduce anxiety. The study is claiming to find reduction in anxious feelings in social settings once fermented foods had been introduced these young adults diets (N=710, 445 female). Now I mentioned neurotics instead of anxious people earlier to outline the fact that they found a stronger benefit to those people who were indexed as neurotic in their study.

The researchers from the University of Maryland and the College of William & Mary found that some bacteria found in foods like pickles, kimchi and yoghurts helped in the production of gamma-aminobutyric acid (GABA). This highly sought after neurotransmitter has been proven to ” have a protective effect against social anxiety symptoms.”

I’m going to have to cut this post short due to the fact that it is the weekend, I’m all out of pickles and suddenly have the urge to go buy a box of Vlasic Kosher Dill!