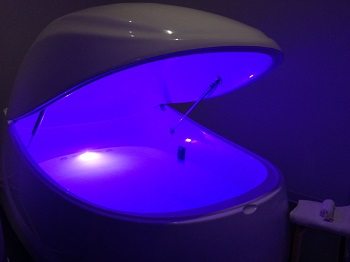 A Float To Remember – The Deprivation Tank Experience

deprivation tank1 epson salt bath1 float tank1 isolation tank1 joe rogan3 sensory deprivation1
A couple of weeks ago I finally committed to an experience that I think everyone could benefit from. Summarizing this experience was challenging to...

A couple of weeks ago I finally committed to an experience that I think everyone could benefit from. Summarizing this experience was challenging to capture the extent to which they impacted me. Although I can’t promise you the same vivid experience that took place for me, I wouldn’t be surprised to hear that you came out ranting and raving about the experience yourself.

A good friend of mine and fellow spiritual warrior had been bugging me to go for a float with him after he uncovered a spiritual awakening that changed his life during his last float. Being the quick to judge skeptic that I am, I played off the invitation with one of those, ” oh sure, let’s do that some time” responses that covertly allowed me to remain in a committed place of avoidance providing him with a subtle answer of No, instead using one of my typical myopic phrases like, “absolutely no chance”, that seem to always be received with distaste.

I will admit to marginalizing his experience, thinking to myself, “oh isn’t that cute, his first God-shot” as I smiled brightly with captivated attention, but I never really wanted to commit to the float because due to the fact that I really felt it held no value for me. Having heard Joe Rogan speak about deprivation tanks a few times on several of his podcasts, it did leave me with slight intrigued, but I presumed I would be able to gather that same type of connection through a traditional form of meditation practice and therefore, never made it a priority to go. My friend being a persistent bugger didn’t lay off on the invitations and I finally broke and agreed to go check it out.

Even as I arrived at the facility I was still in doubt that I would experience anything but a relaxing float, let alone connect with something powerful that lies within all of us.

Here is the room where it all went down!

I stripped down naked, had my pre-float shower to remove any excess oils from my body, placed the provided ear plugs in my ears and hopped into the tank. The water temperature was primed to match that of my body temperature, as soon as I made yourself horizon in the water there was no chance of sinking. I will admit some concerns revolving claustrophobia, so to reassure myself I laid there for one minute with the light on and the hatch still open. Recognizing how easily it would be for me to escape the tank if panic flooded me I wholeheartedly committed to the process, turned off the glowing light, closed the lid and began my journey into timelessness.

I was advised to focus on my breath for the first twenty minutes of the 1.5 hour float, which in hindsight is hilarious due to the fact that there were no clocks in the tank and I rarely wear a watch, leaving you with no concept of time. I wasted no time and jumped into my body scan mediation starting with my toes. Now many of you might be sitting there right now questioning exactly how you stay buoyant in the float tank. The quick answer: an abundance of Epson salts.

Having made my way through my body scan I started to feel incredibly at ease, I noticed that within the time that had lapsed from the start of the float, to me finishing my body scan meditation a physical stillness came over me like no other feeling I had ever experienced.

And then it happened… my body seemed to drift into this somewhat pleasurable temporary paralysis, and then all I was left with was this Loud Mind. I have never claimed to have had an out of body experience through any of my varied spiritual practices, but this sure came close. Being in complete darkness, complete stillness and complete silence all that was left to exam was my thoughts, and they revealed themselves with deafening force. It wasn’t fear or panic that took over me at that time but rather a deep introspection. Many of you have probably heard the idea that we have around 60,000 thoughts a day, well, I sure got to be witness to at least a thousand of this thoughts.

It was like my thoughts were a nonstop movie real film, with little direction or correlation between them, just spewing from all corners. A never ending scroll of random ideas that usually had little to do with me being in a floatation tank. The thoughts were random: what I was going to do after, the girl I ran into earlier that day, what I wanted in the future, the color of the light, fears I had in light, to thoughts of my family, to the people I saw working out at the gym a week before, to the technical side of my website, to the parking spot I managed to find. They flew in just fast as they blew out of my mind.  Astonished at my inability to cue this random thoughts I was left with amazement at the waste of the mind. Many of you might be sitting there saying to yourself “meditation is all about non-judgement”, well my friends this was a meditation like no other and this judgment served me with great purpose! 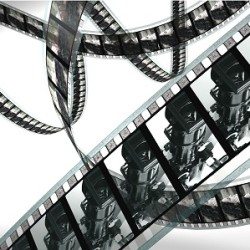 Now for any of you out there who have had an anxiety attack you will know too well that ability of your mind to completely spiral out of control with your fears. Imagine if you would for a second that your mind is constantly spiraling like that all day long, but not being lead fear, but by shapeless thoughts heading nowhere. Take the idea of the purple elephant, and boom there you go picturing a purple elephant in your mind. The thought “purple elephant” serves absolutely no purpose to you and I but it is now being visualized in your mind’s eye just like most of our thoughts throughout the day, but some of them we choose to latch on to regardless if they serve us well or not. Now do you get what I mean when I say waste? Now when someone gets into a meditative state the film reel of thoughts slows down to a point where you can observe all of that nonsense that funnels through the mind,  and the float took me to this point for the first time in my life and it was incredible. I will admit to having practiced many forms of meditation over the years but this deprivation tank took things to an entirely different level.I became the watcher!

After what seemed to be only 20 or 30 minutes I awoke from my meditative state by this blissful music which signified the end of the float.

I didn’t want to leave, I had uncovered something so real and exciting that I wanted to close the lid and reconnect with that presence for the rest of the day. I was so convinced that they had finished my session early I reached for my phone immediately after opening the tank door for a time check but I had clearly been in a time warp because their timing was on point and somehow I must have disappeared into a twilight zone for an hour.

After pulling myself from the tank I found myself walking on air in a joyous state that is difficult to express without coming across as incredibly feminine, but the beauty was real and all around me. I had a shower and then sat down in the waiting area desperately awaiting my partner in crime to reveal himself from his floating chamber. I sat there flooded with emotions to the point of tears, and began to passionately vocalize every thought and emotion that was revealed to me through deprivation. An experience I plan on submerging myself into again over the next couple of weeks.