Anxiety25 medication2 Mental Health54
Detox: a process or period of time in which one abstains from or rids the body of toxic or unhealthy substances. What is the... 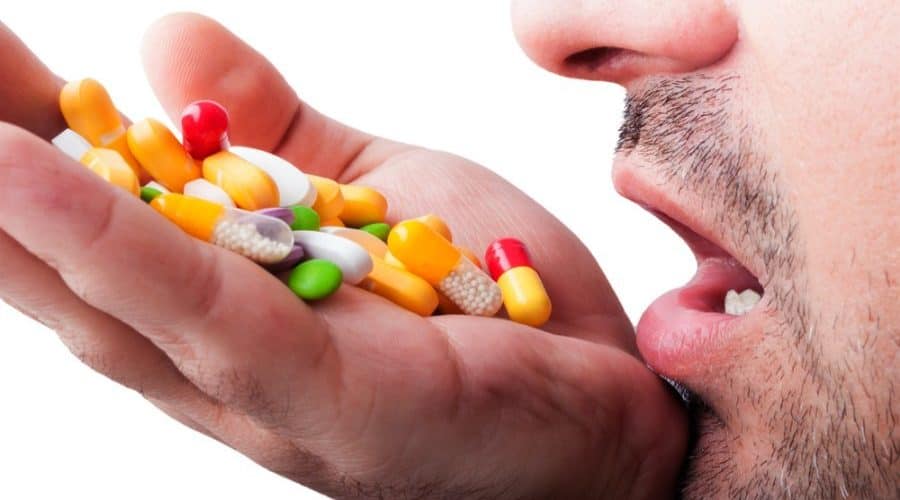 Detox: a process or period of time in which one abstains from or rids the body of toxic or unhealthy substances.

What is the first word that come to mind when you read the word Detox? Is it drugs? Is it alcohol? How about prescription medication? Or, wouldn’t those just fall into the category of drugs?

Millions of North Americans every year they are treated for depression or anxiety for the first time with some form of drug, but a lot of the time these drugs just don’t work. The problem lies in that it takes six weeks for some of these drugs to even start working. For the individual suffering from an anxiety disorder, this is like a lifetime.

So, what happens when after the six weeks of darkness come and go and you aren’t seeing any real results; if anything, you notice you have no sex drive, your stomach is upset, you are more irritable, and you get headaches (to name a few of the side effects). Then what? Well, some doctors may say let’s try and increase the dose a bit and hold on for a few weeks. Others may say let’s try something else.

I’m sure all of you could imagine what would happen if instead of taking an SSRI everyday for six or more weeks, you took a Percocet or Oxycotin and then just stopped? Or maybe you went even further for relief and took some other commonly used street drug to ease your suffering? Do you think you could just stop cold turkey and everything would be just fine and dandy? Or would you go through a nasty withdrawal process?

This nasty withdrawal process that you see in movies or read about online is as equally painful for people coming off doctor prescribed antidepressants. Shakes. Sweats. Anxiety Attacks. Flu Symptoms. Brain Zaps. Most warn you of seizures, and of course not to mention suicide!

Just as you were prescribed to titrate up to a specific dose, doctors will inform you to do the same thing coming off the medication. Say for instance you were on a typical 150mg daily dose of Zoloft and it wasn’t working for you after six weeks of getting up to that dose. You would be told to slowly back off the dose in probably 25mg weekly decreases. This is where things start to get fun. Some people titrate up and down doses with no problem. Others will be bed ridden and feel like they have been hit by a bus and like there is no way they can continue decreasing the dose due to the nasty withdrawals that happen the lower they go.

As the kids like to say,”the struggle is real” when it comes to mental health. I know many of you who read this blog regularly have had your very own traumatic experience with meds. Some people take months to get off a medication that didn’t even work for them in the first place.

Place yourself in their shoes for a few minutes. Keep in mind that most people start taking antidepressants as a last resort. How keen do you think they are to go through the same process trying another drug? Two words generally come to the mind that rhyme with Truck Hat! So what millions of people do is reach for some more fast acting from the Benzo family (Valium, Xanax, Ativan, Klonopin) and eventually form a dependence. A dependence that needs more and more to take care of that old pain that just never seems to go away. This clearly isn’t the solution either. Especially for those who are in recovery!

Having battled my diagnosis of panic disorder for basically 10 years almost to the date, I have come to the sour realization that I will probably always have to be on some form of antidepressant to help me live life ‘normally’. Having tried going on and off medication several times without success, it only took me about 9 years to get to that final place of surrender. I personally have tried Citalopram (Celexa), Cipralex (Escitalopram), Bupropion (Wellbutrin), Sertraline (Zoloft) and as of about a week ago I have started on Effexor XR (Venlafaxine). Yes, every single time I came off each one of these drugs I went through a withdrawal process and it was absolutely terrible.

For the last 6 months I tried Zoloft out and it consistently didn’t get the job done, if anything it made me irritable and negatively impacted my memory. The worst day of withdrawal of Zoloft looked like me waking up shivering and shaking in the middle of the night uncontrollably in sweats with a fever. The only way I could stop shaking was meditating in a bath for 20/30 minutes. It was scary. Really scary. If I had not already been through similar experiences in the past and new eventually it would pass I would have definitely followed my partner’s plead for me to go to the hospital.

Even after all of this I still hold the stance of pro-medication. Sure many of you would say, go natural bro! I could write a book on all of the natural supplements and foods I tried over the years. I regularly meditate. I regularly exercise. I sleep nine hours a night. I’m all for the natural approach and hate the idea that I support greedy big Pharma, but at the end of the day it’s the best I have to work with.

Do you know when you are driving down the streets and all of a sudden you zoom past a cop car who was looking for speeders? Being 100% sure you were driving over the limit you are absolutely certain the cop car is going to pull out and come after you. You slow down and bit and sit in anticipation for the police car to come screaming after you but nothing comes. You keep slowly driving down the road and still nothing comes. That is what I feel like all day when I’m not taking antidepressants. My volume control knob for anticipation and hyper-vigilance is broken, and living without pharmaceutical intervention is completely unmanageable for me.

I share this not for your sympathy, but rather for other people out there to know they aren’t alone in their struggle and to encourage them to continue push forward on their very own battle with mental health. Ten years ago, I never had a support system I could speak to regularly about all the emotions and individual ways antidepressants impacted me, not to mention I was a man, and men don’t have to be medicated – let alone talk about their emotions and fears. Inferiority was the characteristic I most related with the first couple of years I was first put on Celexa. The cycle of negative self-talk that is basically validated by stigma associated with mental health is deafening. “I’m broken. I’m less than. I’m never going to accomplish my dreams. No pretty girl is ever going to want to date a guy who has to be put on antidepressants. I’m a loser, and always will be one”. Did I ever tell anyone I had these thoughts running through my mind regularly? No, absolutely not! So they ruminated through my mind for years until I said enough is enough, I’m spilling the beans.

Five years later, I still continue to the spill the beans to you over and over again. My prayer and motive is that someone else gets ahold of these posts and knows they aren’t alone. Not only are you not alone in the struggle, but you can live a wonderful life and things do get way better!