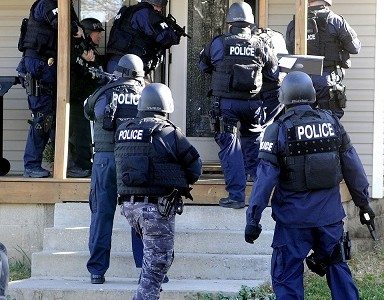 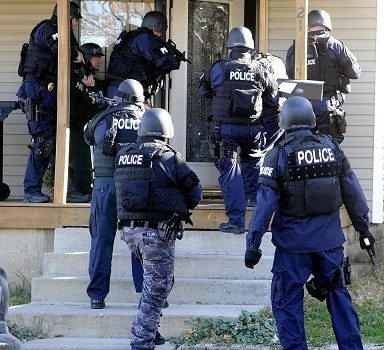 Jeremy Daw1 legal rights foregone1 marijuana raid1 police raid1 The Leaf Online1
“I simply can’t believe,” she told me, “that a cop would lie.” Jeremy Daw is a lawyer, author, editor at The Leaf Online and...

Jeremy Daw is a lawyer, author, editor at The Leaf Online and marijuana activist expressed in disappointment that this experience is just the tip of the iceberg in comparison to the thousands of people who are abused every week by the justice system.

Daw armed with his Harvard education and letter from his doctor recommending the use of marijuana for his medical condition was still overlooked as a citizen with rights when the cops stormed his home after being tipped off by an intrusive neighbor expressing concerns that Daw was growing pot in his backyard.

“My recommendation,” I told the officers, “is upstairs.”

“Go get it,” ordered Klebbe.

That’s when the red flags blew up into alarm bells. At that moment I, as the subject of a criminal investigation, still enjoyed some Fourth Amendment protections against search and seizure. I had met the officers on my porch and hadn’t given them permission to enter my apartment. Under the US Constitution, they had to respect that. But if I obeyed the officer’s order and went back upstairs, the Supreme Court has ruled that by doing so I would have expanded the area which the cops could have constitutionally searched, under the reasoning that I might take the opportunity to destroy evidence out of their sight. If I went back upstairs all four cops could follow me in, handcuff my friend who had come over to toke up, and ransack my place. “I can’t do that,” I replied.
via

After being arrested and held in a squad car the police eventually came across his medical letter and let him go, but not without a tongue lashing and a manipulative call to his landlord offering  her lies and empty threats.

If she didn’t have my plants removed right away, [Sgt.] Chu explained, then black gang members from Oakland would come onto her property to steal my plants and shoot anyone who tried to resist. And if that happened, Chu assured the bewildered old woman, she would be held responsible and her property – including the building where I lived – would be seized.

I was shocked. The story was not only blatantly racist; it had no legal basis whatsoever. I told her so, but she wouldn’t listen. A lawyer friend, she said, had confirmed the story. Where, I demanded to know, did her friend go to school? I graduated from Harvard Law School, I shouted in my arrogance. I pleaded with her to listen to me.

But she would have none of it. “I simply can’t believe,” she told me, “that a cop would lie.”

And this my friends is how police utilize articulation to “serve and protect” their citizens in major cities all across the country.